The tragedy of a preventable disease in Ghana: Cervical cancer

Home 2021 May 4 The tragedy of a preventable disease in Ghana: Cervical cancer 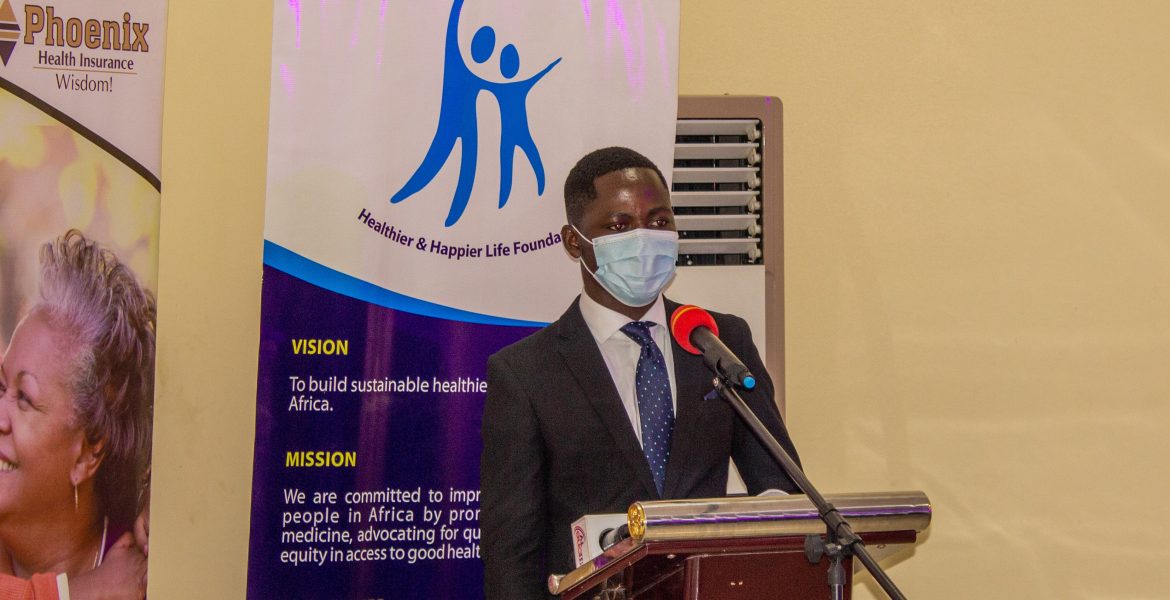 The tragedy of a preventable disease in Ghana: Cervical cancer

Cervical Cancer occurs when the body is not able to control the growth of abnormal cells in the cervix. The cervix is the area between the vagina and the womb (uterus).  Cervical cancer normally starts on the surface of the cervix (epithelial cells) and can spread to other parts of the body (metastasize) if not detected and treated early. Cervical cancer is mainly caused by the Human Papilloma virus (HPV). There are more than 100 types of HPV of which at least 13 are cancer causing. The abnormalities caused by HPV in the cells of the cervix may turn malignant and cause death over a period of 5-20 years. Progression of HPV to cancer requires: modifiable & non-modifiable risk factors. HPV also causes cancer of the anus, vaginal, vulva, penis and oropharyngeal (head & neck) and genital warts.

These figures were obtained from hospital based data, thus women who do not report to the hospital are not accounted for by the data, making it a much bigger worry. As a nation, there exists no national screening or vaccination program to reduce the HPV infection and cervical cancer in the Ghanaian women. Compounding this inadequacy is the lack of awareness /knowledge of the risk factors (which are alarming), mode of transmission, symptoms, screening and most importantly the HPV vaccination among these women and the general population.

All women are at risk of developing cervical cancer. This is dependent on the following risk factors

Most of symptoms are related to other gynecological issues. This means that a woman should make it a point to see her Gynecologist or General Practitioner (GP) early should in case any of these shows up:

At the advanced stage, the following may occur: severe anemia, incontinence, renal failure, fistulae and lymphedema.

There are two major ways through which cervical cancer can be prevented/ eradicated: vaccination against the HPV and early detection through regular (3-5 years) screening. Merck’s quadrivalent Gardasil and GlaxoSmithKline’s bivalent Cervarix vaccines can be taken by both girls and boys from age 9-14years that’s before first sexual experience. Two shots of the vaccine within space of zero and six months are needed for this category of people. Those from age 15 years to 45 years, three shots are recommended (0, 1 and 6 months). However, it is paramount that screening be carried out first before the vaccination.

Routine HPV vaccination comes with several benefits to individuals, societies and the nation as a whole: it prevents HPV infection and cervical cancer, decrease genital warts, establishes herd immunity against HPV and it removes the negative physical and psychosocial impacts. Its cost of effectiveness also ensures considerably huge cost savings in terms of the money spent on diagnosis and treatment.

Likewise, cervical cancer screening helps in identifying high-grade, pre-cancerous cervical lesions which can easily be treated and thereby preventing cervical cancer. A research published by Campos and colleagues in 2015 showed that women who screen twice or three times, between ages 30 and 45, can lower their lifetime risk of cervical cancer by 50%.

Screening can be done through the following means:

Most of these screening methods are very fast and affordable. The self-sampling technique allows the women to take their own samples at their convenient time then send to the hospital for analysis without difficulty.

At early stage, treatment is effective, cure rate very high and it is very affordable or cost effective as well. The treatment can take the following forms: Cryotherapy (-60º -90º C), Thermocoagulation (100-120º C) and Loop Electrosurgical Excision Procedure (LEEP) –with cure rates ranging from 80-99%. The rest include: simple hysterectomy and radical hysterectomy depending on the disease stage.

The fact still remains, that cervical cancer when detected late steals a woman’s joy and negatively affects her, her family and loved ones physically, economically, psychologically and socially and eventually causes premature death. Worse-of are the less privileged who are rejected, ignored, forsaken and unloved because of the disease that others have labeled as a ‘curse’ or a punishment from God. Cervical cancer is preventable. Vaccination and regular screening will save women from this dreadful disease. Collaborative effort is needed to combat the disease